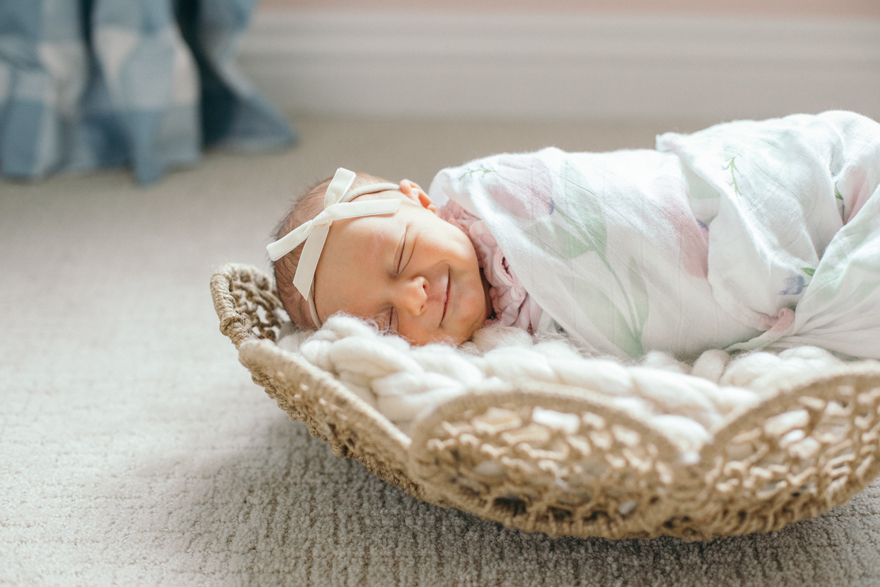 It’s been 6 weeks since we welcomed our daughter, Madeline Skye, into the world and things have been hectic (but wonderful) around here to say the least. Will just finished a 2-week-long spring break which was challenging with a newborn and Dave has been working crazy hours (tax season) so I’ve had a crash course in parenting 2 mostly on my own. While it’s still fresh in my mind though, I thought I’d share Madeline’s birth story. I didn’t write down Will’s at the time, thinking it was fairly drama-free but I wish I had it to look back on now. So, here’s Madeline’s birth story: 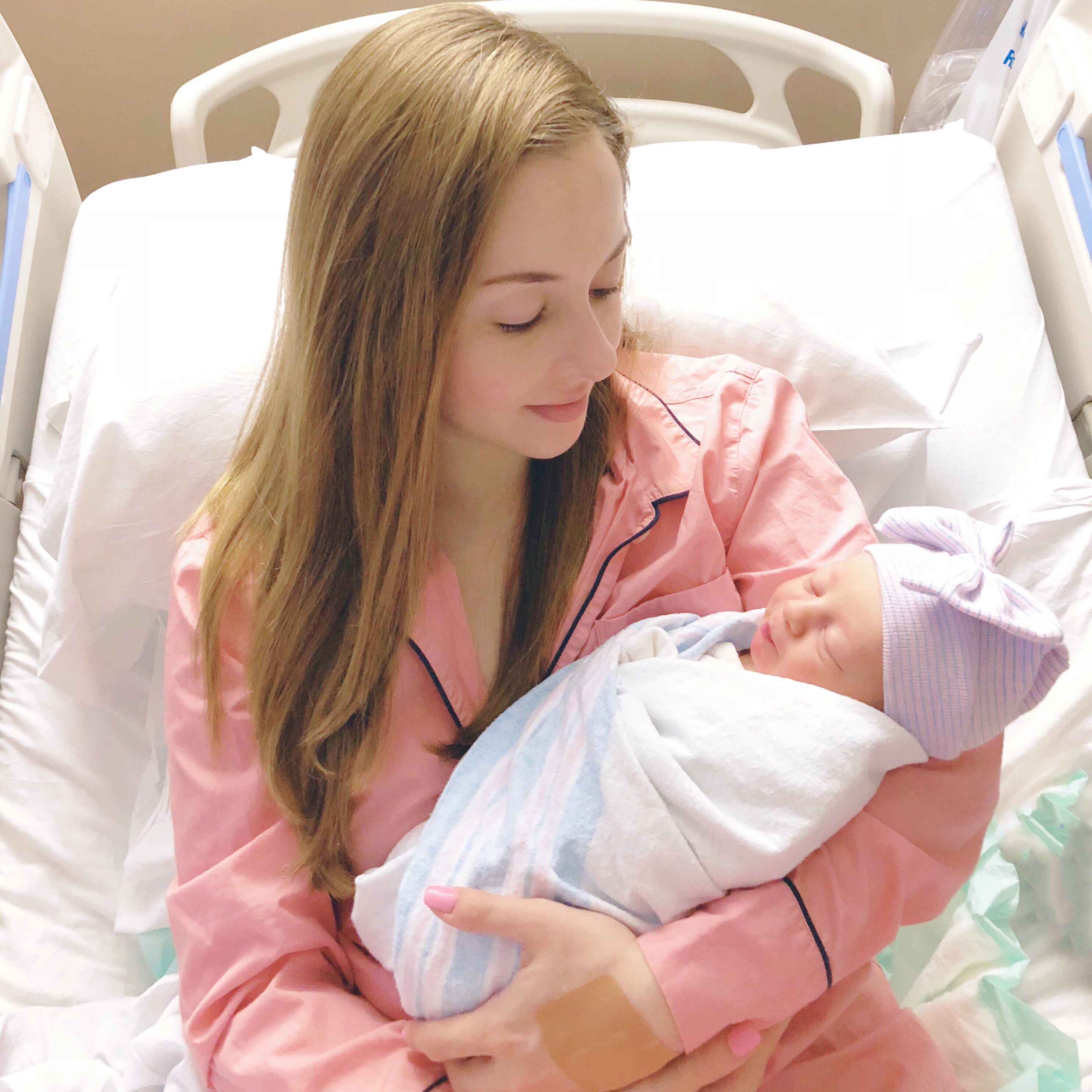 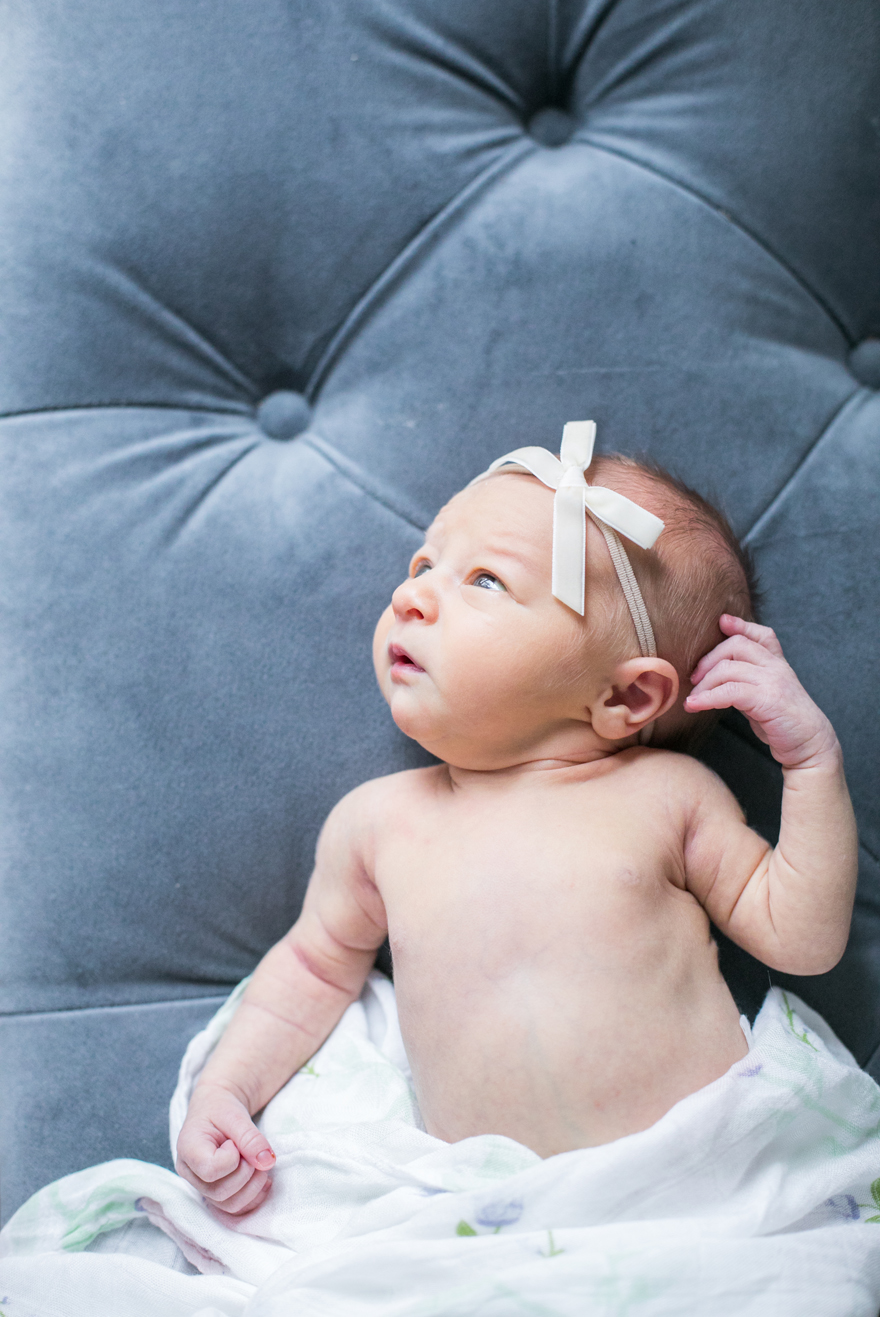 On Monday March 5th, 2018 I went in for my weekly OB appointment. I was 39 weeks + 4 days. Before my doctor checked me, he said he had been thinking about it over the weekend and thought that it would be a good idea to induce me on the 5th or 6th if I was 3-4cm dilated. His reasoning was because I had dilated to 5cm with Will without having felt any contractions and since second babies can come faster and with my history of quick dilation, he thought it would be a good idea for me to be at the hospital. I agreed and on a hunch had put my hospital bag in the car that morning. Low and behold, I was 3-4 cm dilated so he sent me straight to labor and delivery. Side note– the day before, my mom had asked me if I knew what March 5th was. I hadn’t remembered but it was the 2nd anniversary of my grandfather’s death. We had planned on naming Madeline after him from the beginning so when my mom told me that, I teared up and we both thought that it would be a crazy coincidence if she decided to come on that day and how it would turn a sad day into a happy one. Life coming full circle. So when my doctor sent me to the hospital, I knew it was meant to be. We were all incredibly close with my grandfather and he was one of the most amazing people in the world. He was an anesthesiologist, he had his pilot’s license for fun (as did my grandma,) was incredibly smart, had the best sense of humor, and above all, loved his family more than anything. We all loved him so much and I couldn’t think of anyone better to name my daughter after.  His name was Sidney so we chose an “S” name– Skye– for her middle name. The fact that he loved to fly made the name even more fitting. 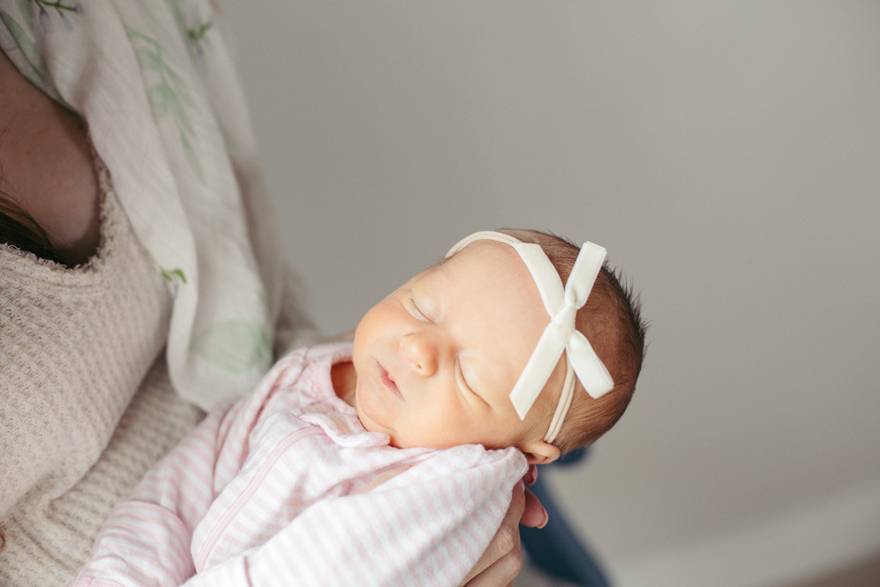 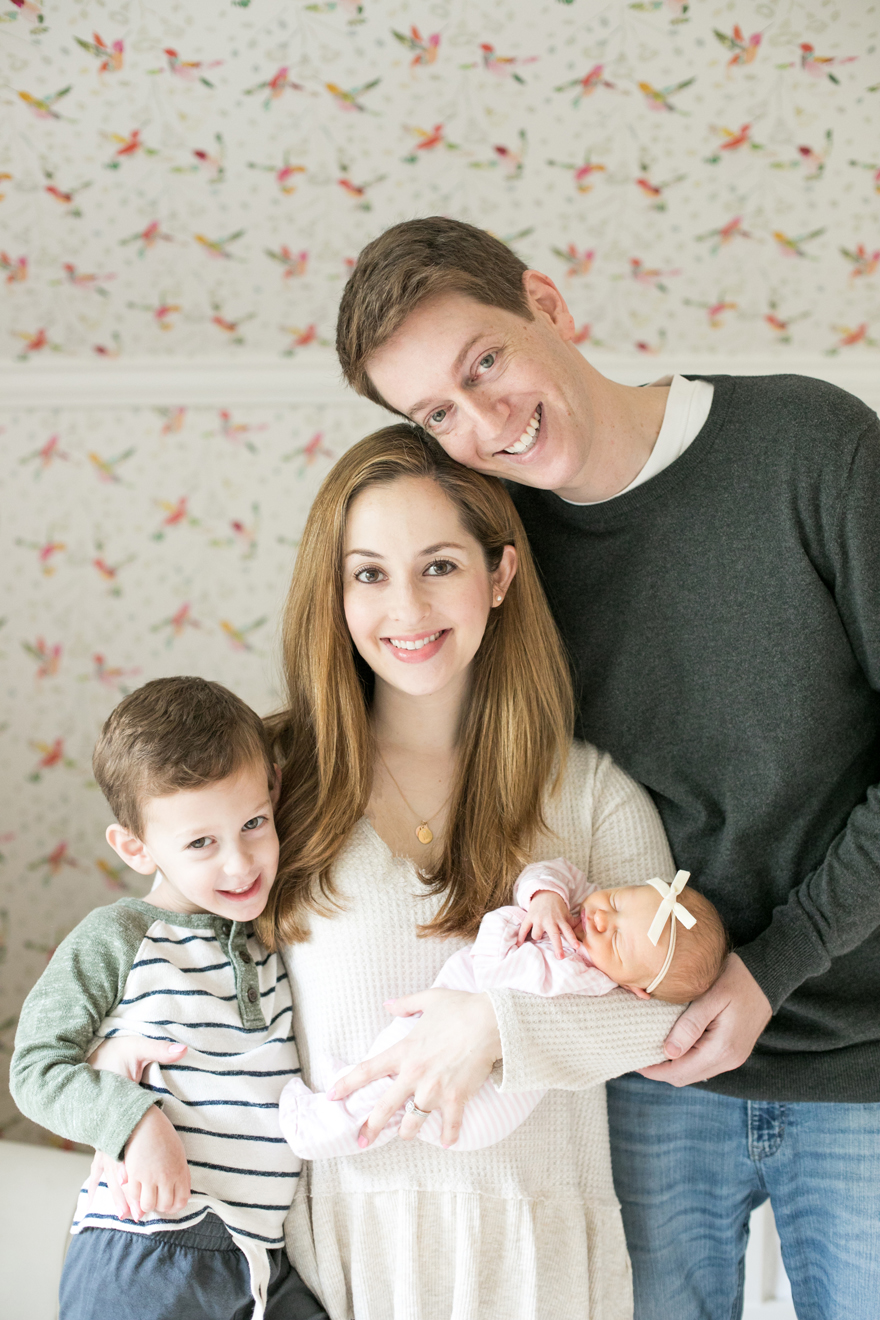 Back to March 5th– I called Dave, my mom, and my sister while I headed over to the hospital. Dave and my sister left work to meet me at the hospital and my mom would pick up Will from school. When I got to the hospital, I signed in and was hooked up to monitors. The nurses asked me if I had a birth plan and I half jokingly said “my birth plan is to get an epidural as soon as possible” so they called the anesthesiologist after they started Pitocin at 11am. He was conveniently at lunch but said he would be there soon. My doctor broke my water and I immediately started feeling some major contractions, more than I had ever felt when I was in labor with Will. I was so eager for the anesthesiologist to get there because I was progressing quickly. I went from 3-4 to 5-6 to 8cm before the anesthesiologist arrived. I was so relieved when he got there and mustered up the breath to ask him, before he gave me the epidural, if he had known my grandfather, Sidney Helperin (who was an anesthesiologist at the same hospital years before). He said of course, he was hired when my grandfather retired and said he was a wonderful man and an excellent doctor. I was happy to hear of another connection to my grandfather and another “full-circle” coincidence. And then I was happy to get the epidural. 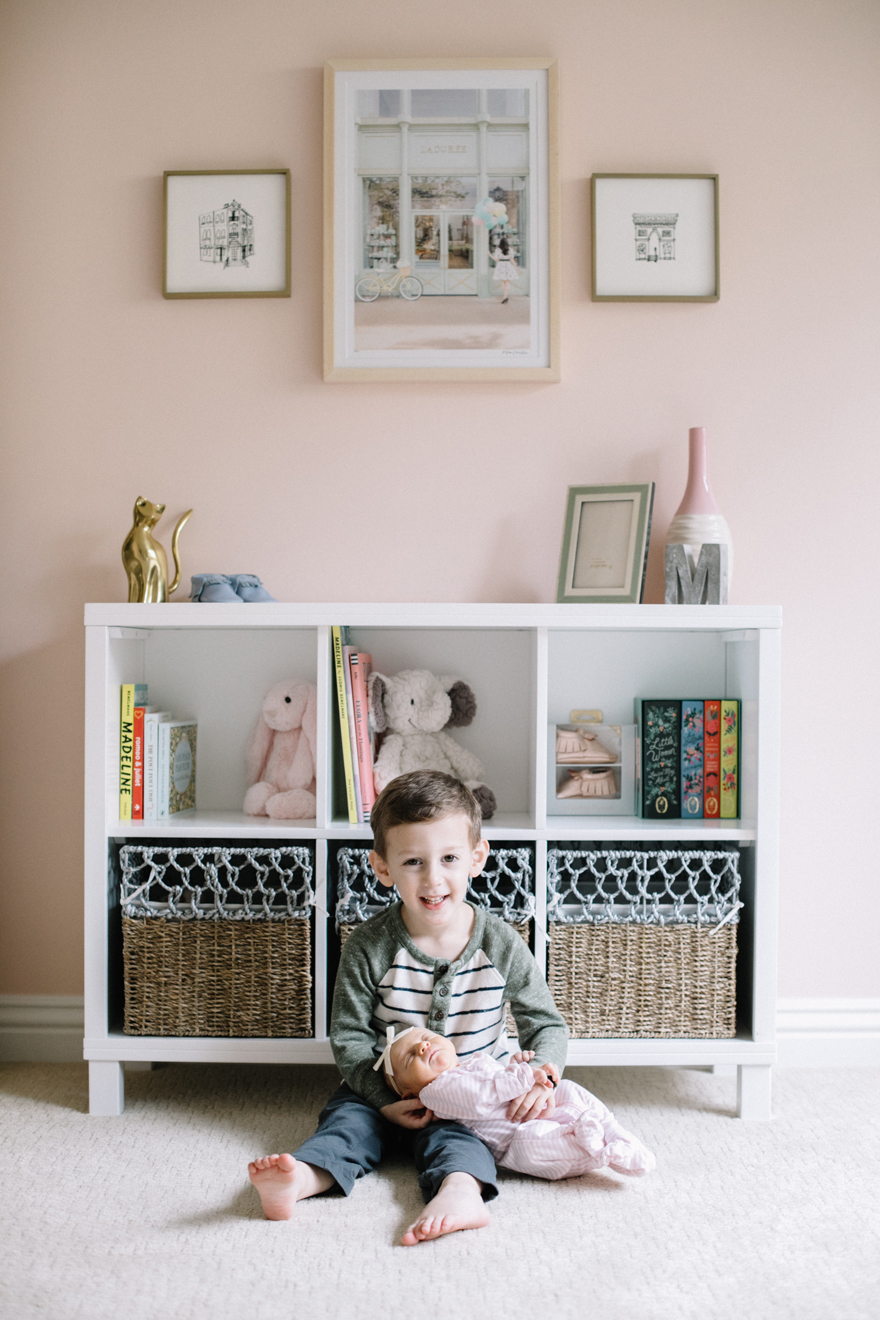 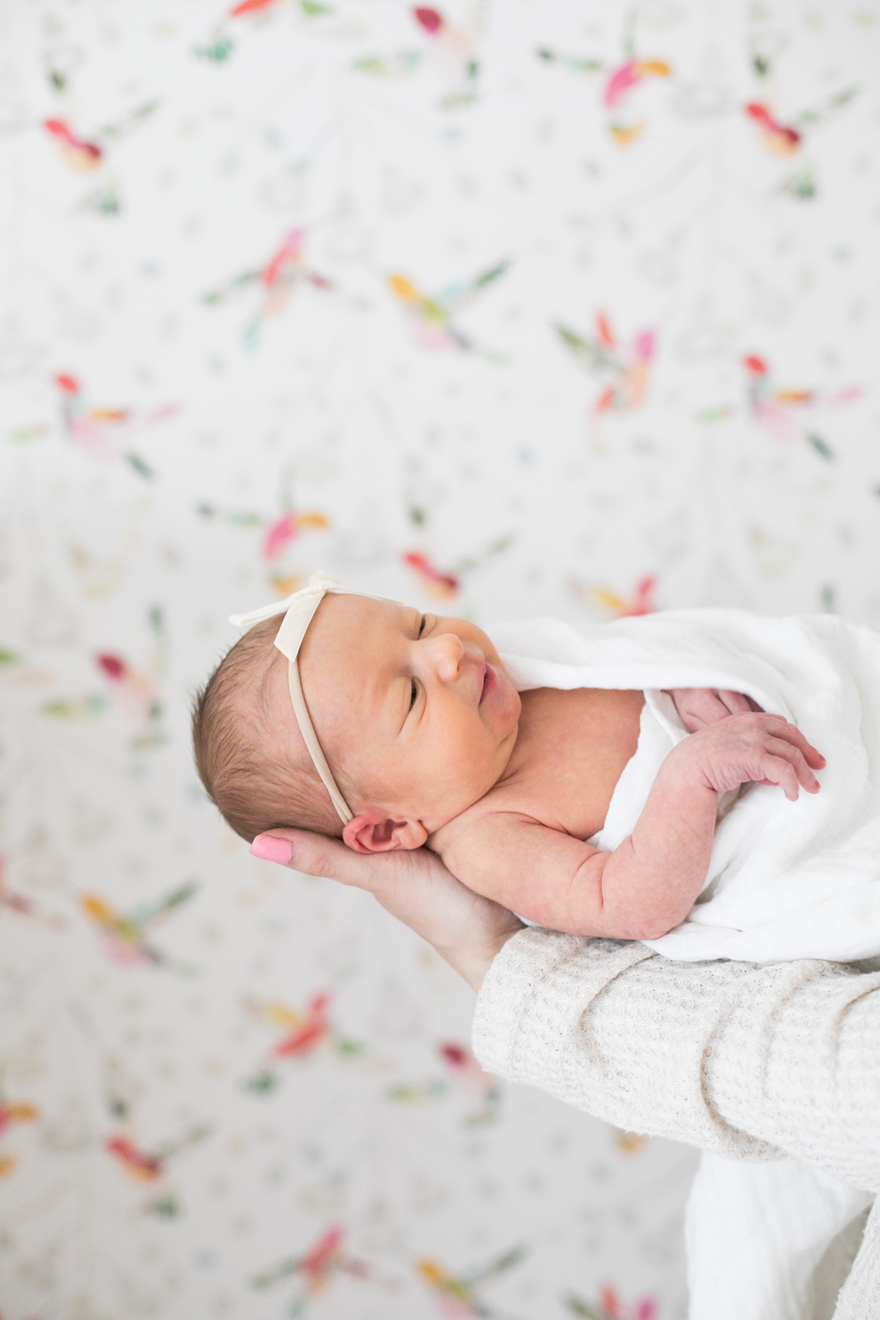 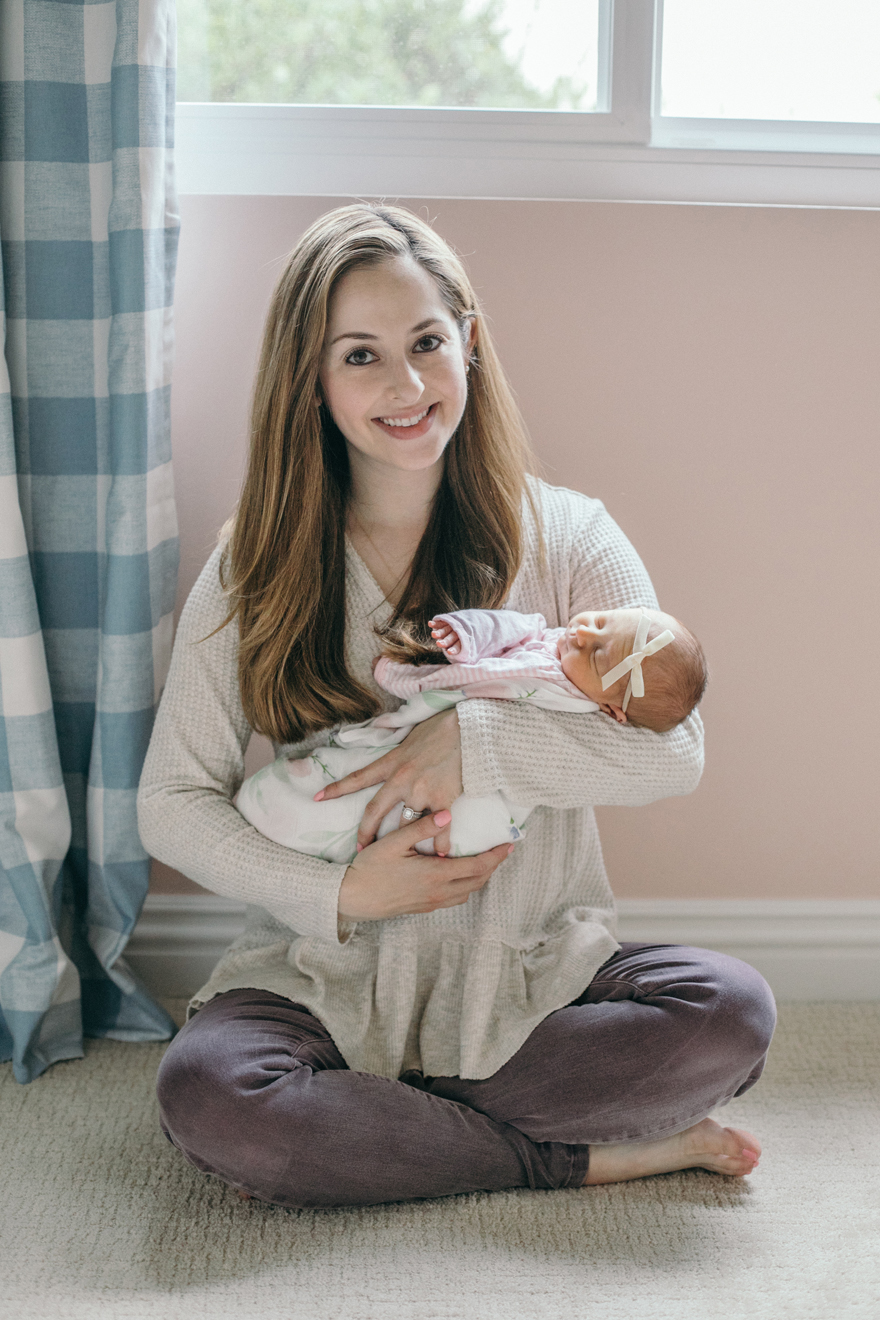 At 2:16pm after about 20 minutes of pushing, Madeline Skye came into the world at 6 lbs and 18 inches. The whole birth process seemed calmer and quieter in comparison to Will’s. Dave, my sister and I all remember a lot more nurses in the room and a lot more commotion happening when Will was born. With Madeline’s birth, everything just seemed more peaceful. And she arrived just over 3 hours after I was induced so I certainly can’t complain about the length. I feel very lucky to have had 2 healthy, drama-free births. 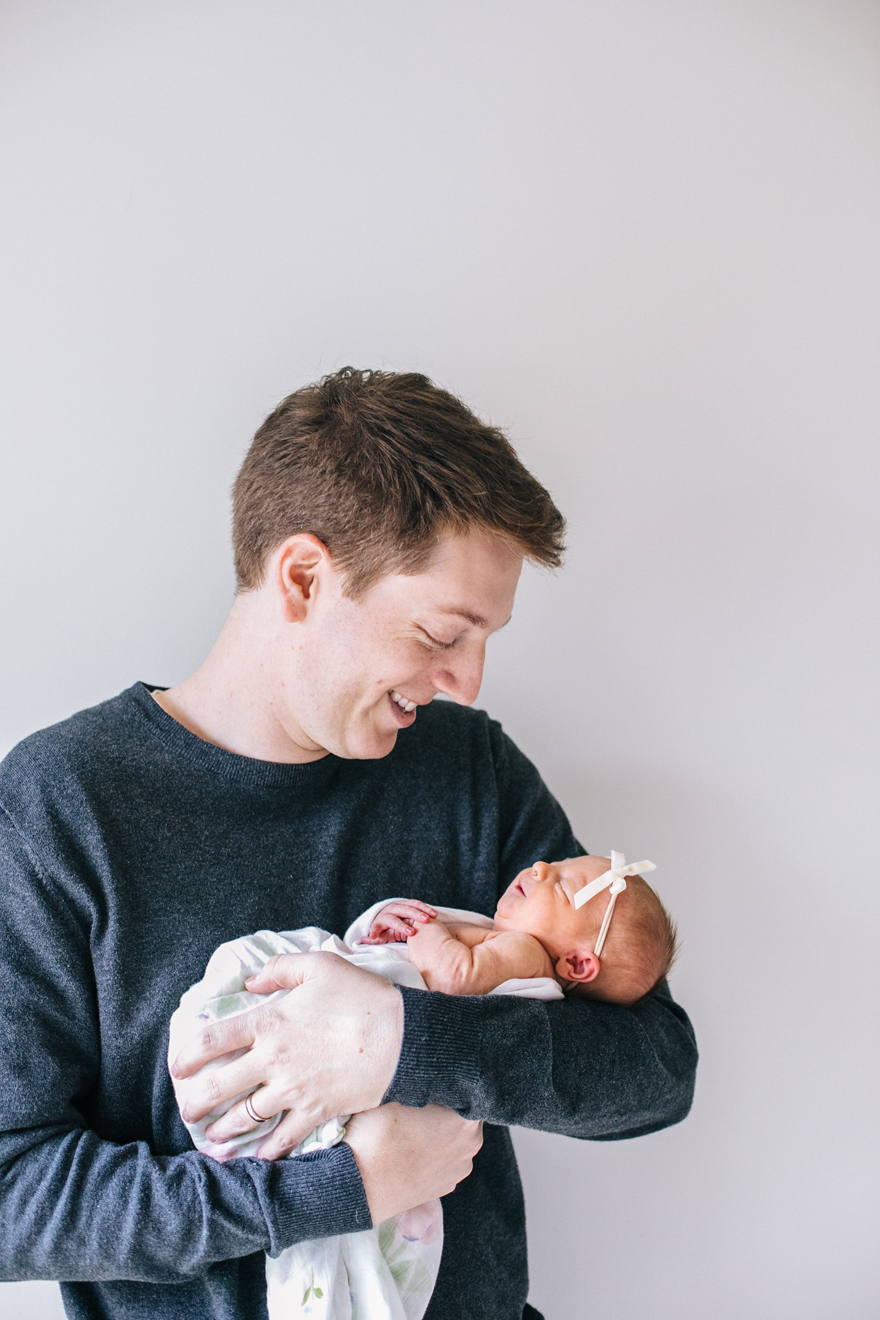 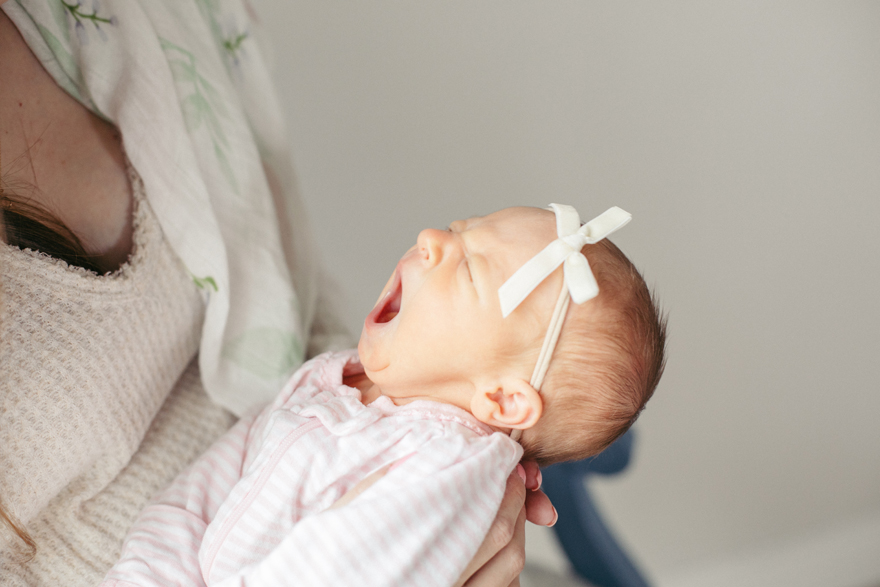 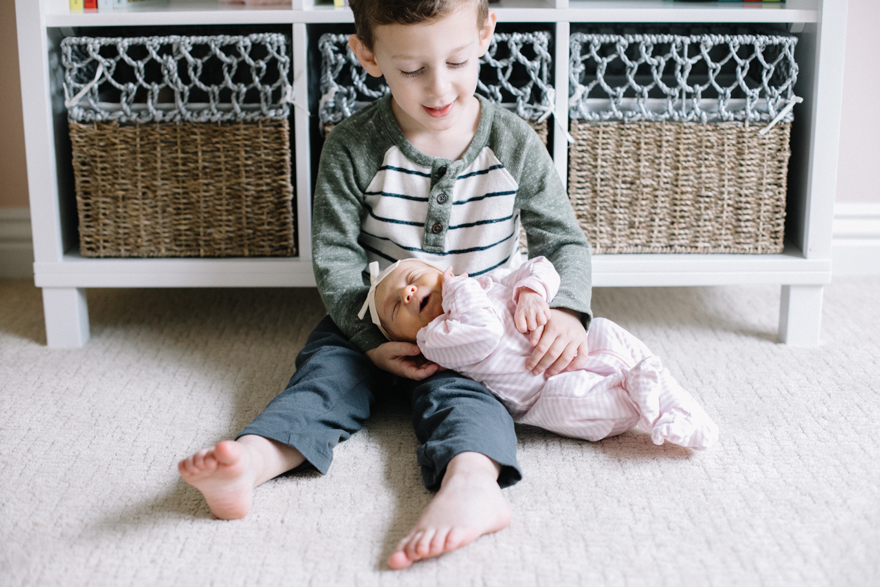 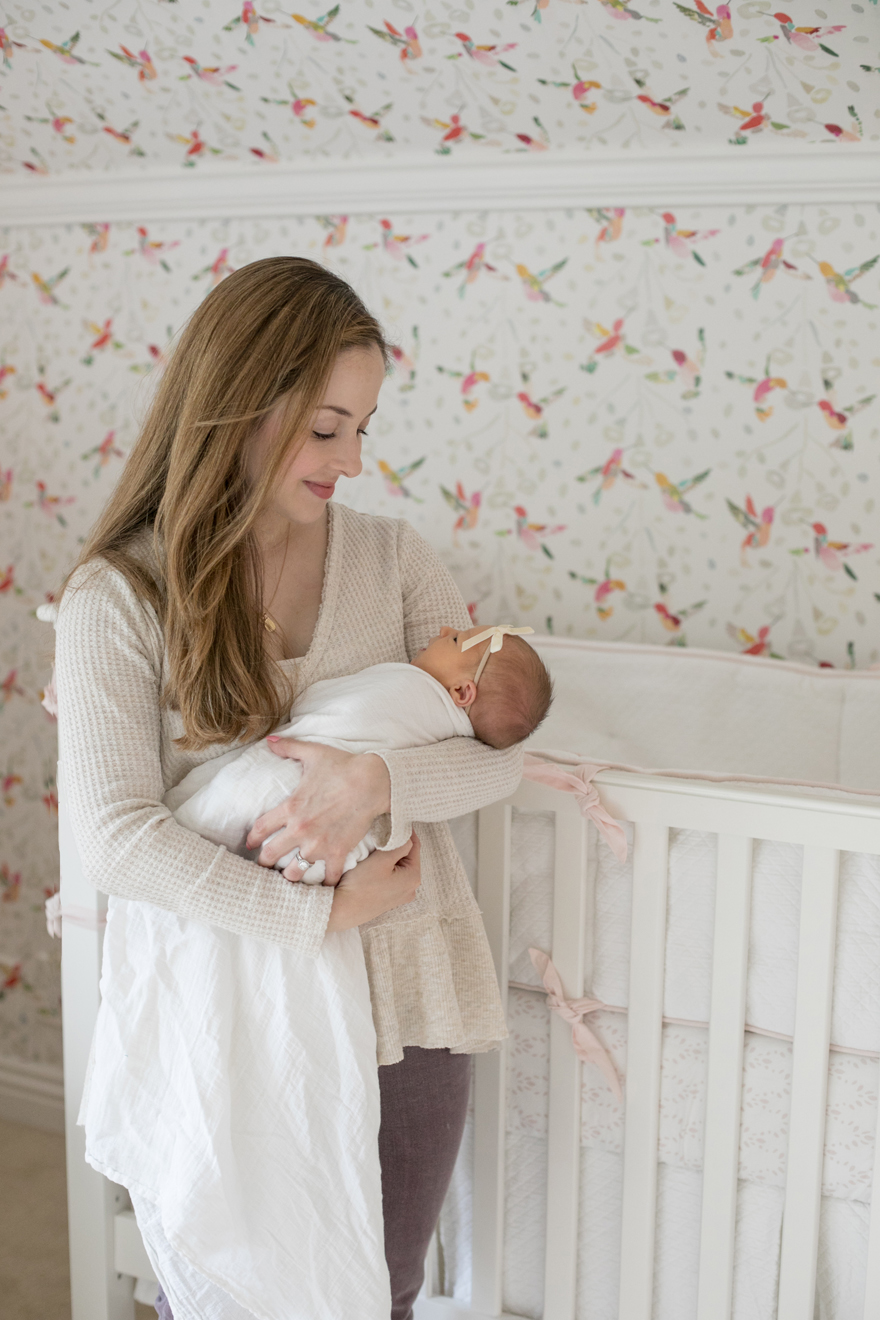 My parents, Dave’s parents, Will, and my grandmas came to the hospital after she was born. Having Will meet his sister for the first time was one of the sweetest moments that I hope to never forget. We opted to stay only one night in the hospital as we were eager to get back to the comforts of home. I’m so thankful that Madeline’s birth story is a smooth one and even more thankful to have brought a healthy, beautiful daughter into the world. 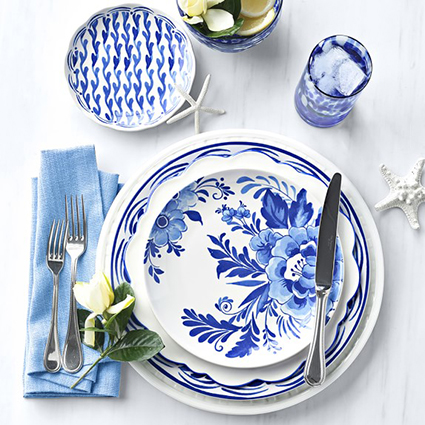 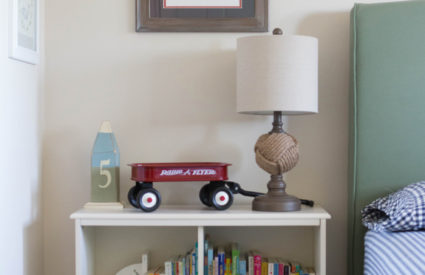 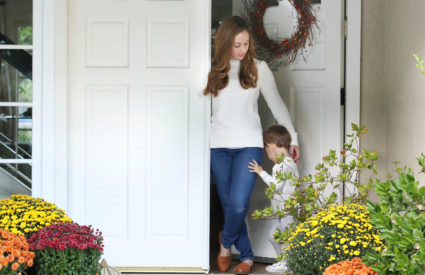 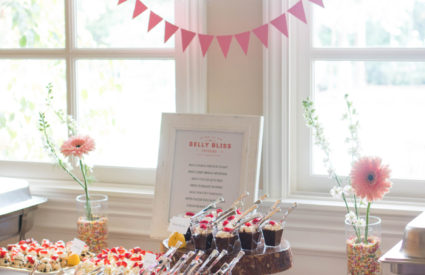 When you realize your dress matches your new serve

The most “me” gift I’ve ever received 💙

Colorful stemware and candlesticks make for the pe

October was a whirlwind in the best possible way.

Fall is not over yet! Even though I saw Christmas